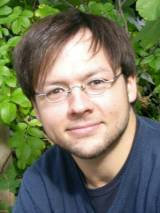 Fabian Große studied Physical Oceanography at the Institute of Oceanography at Universität Hamburg and received his Diploma (equivalent to MSc) in July 2012. From an early stage of his studies he got involved in the Marine Ecosystem Modelling Group at the Institute of Oceanography, contributing to the group's work as a student assistant from 2009–2012. This work awoke his strong interest in physical-biochemical interactions in the marine system, which he fostered by attending Meteorology and Biological Oceanography as minor and elective subjects, respectively. In his Diploma thesis, he investigates the influence of winter convection on primary production in the Northeast Atlantic Ocean using the biogeochemical model ECOHAM.

After receiving his Diploma degree, which was awarded 2nd prize in the Partnerstädtepreis 2012 ('Twin Cities Award') of the Centrum für Erdsystemwissenschaften und Nachhaltigkeit (CEN), he got employed as research assistant in the Scientific Computing (WR) Group at the Department of Informatics at Universität Hamburg in August 2013. There, he could continue his research in the field of marine biogeochemical modelling.

In October 2013, he started his PhD in Earth System Science at Universität Hamburg. His primary field of research is the biogeochemical modelling of the North Sea in relation to eutrophication and its concomitants. More specifically, he investigates the influence of riverine nitrogen inputs on the oxygen dynamics and oxygen deficiency in the North Sea. His work is strongly related to the eutrophication management of the North Sea within the frame of OSPAR, and the EU Water Framework Directive (WFD) and Marine Strategy Framework Directive (MSFD).