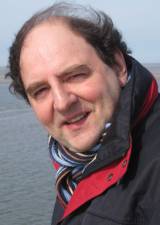 Besides his basic studies in physical oceanography, Hermann Lenhart was always interested in the connection of hydrodynamics and marine ecology. He was part of the first European-based model development within the ERSEM team. With focus on the practical application of models, his PhD thesis dealt with the analysis of a scenario related to the river load reduction of dissolved inorganic phosphorus (DIP) and nitrogen (DIN) by 50%, as proposed by OSPAR. In the EU-funded project EUROCAT, he further developed these reduction scenarios by combining estimates of real measures of nutrient reduction from a catchment model with a North Sea ecosystem model.

In a number of nationally funded projects, he applied ecosystem modelling in the context of the Marine Strategy Framework Directive (MSFD) and the definition and implementation of its Descriptor 5 “Eutrophication”, as part of the contribution of the German Environment Agency (Umweltbundesamt; UBA) to OSPAR. He joined the OSPAR Intersessional Correspondence Group on Eutrophication Modelling (ICG-EMO) in 2005 and acts as its chair since 2009. Within ICG-EMO, a number of modelling comparison workshops were organized to analyse the response of marine ecosystem models to nutrient reductions and to assess these simulation by means of OSPAR eutrophication thresholds. The latest work included the first reduction scenario for the North Sea compliant with the Water Framework Directive (WFD) and including a Trans-Boundary Nutrient Transport (TBNT) analysis, which quantifies the changes in the individual national contributions to total nitrogen (TN) in the German Exclusive Economic Zone in relation to the OSPAR Common Procedure.

Hermann Lenhart further supervised the UBA-funded PhD project of Fabian Große, which focused on the oxygen dynamics of the North Sea . It included the analysis of regions susceptible to the occurrence of oxygen deficiency and the interpretation of oxygen time series measurements by means of mass balance calculations using an ecosystem model. This work resulted in the development of a software tool, which offers an extension of the classical TBNT approach towards the source-specific analysis of oxygen deficiency.

In the nationally funded “Coastal Future – Zukunft Küste” project, he applied ecosystem modelling to investigate the impact of offshore windfarms (OWF) on the North Sea ecosystem. Its focus was on the impact of the wake effect on water column stability and the related ecological consequences.

In 2009, he moved from the Institute of Oceanography of the University Hamburg to the Research Group Scientific Computing in the Informatics department of the university. There, in addition to his scientific work, he teaches parallel programming and software development in science to geoscience students.